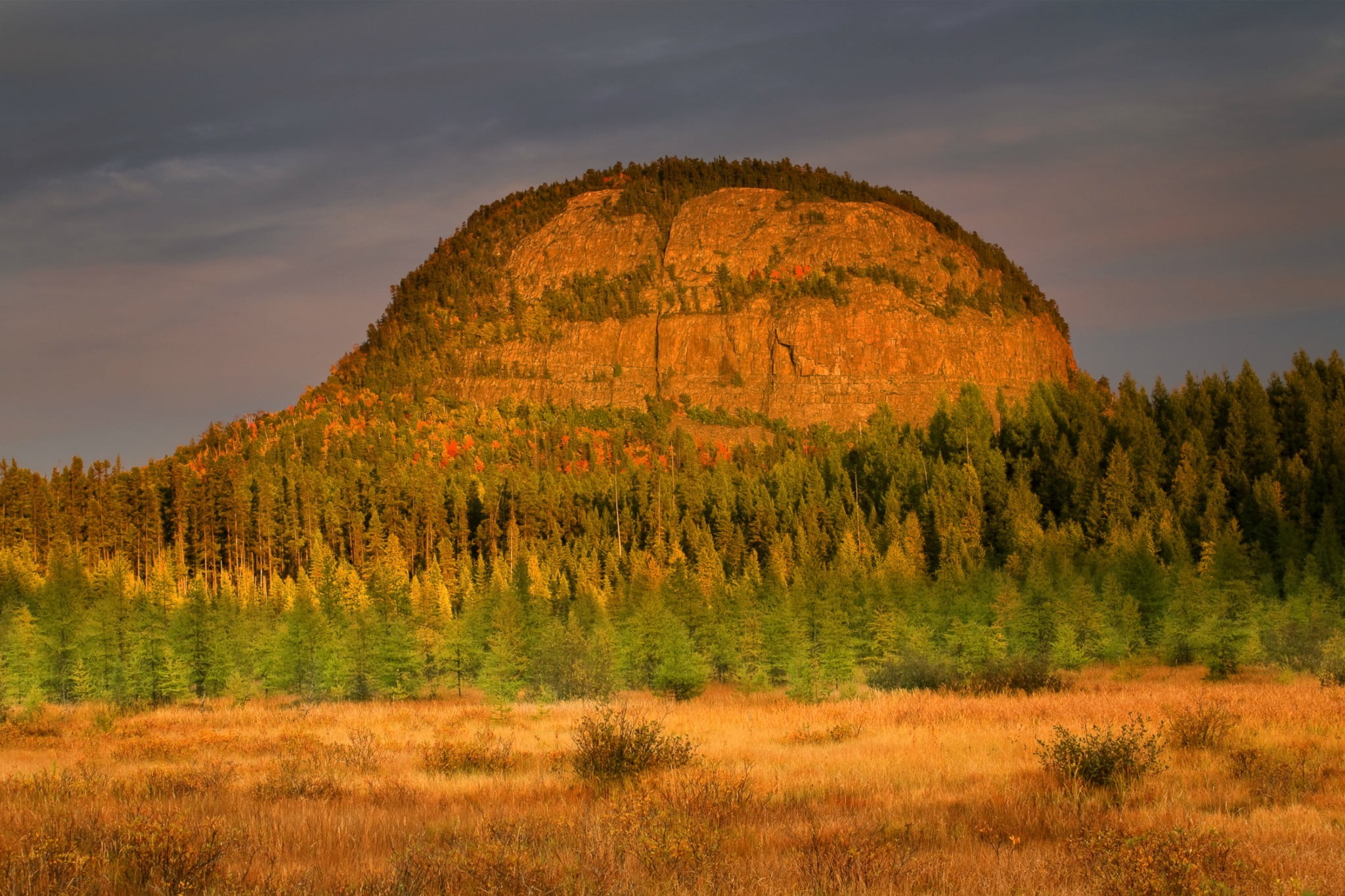 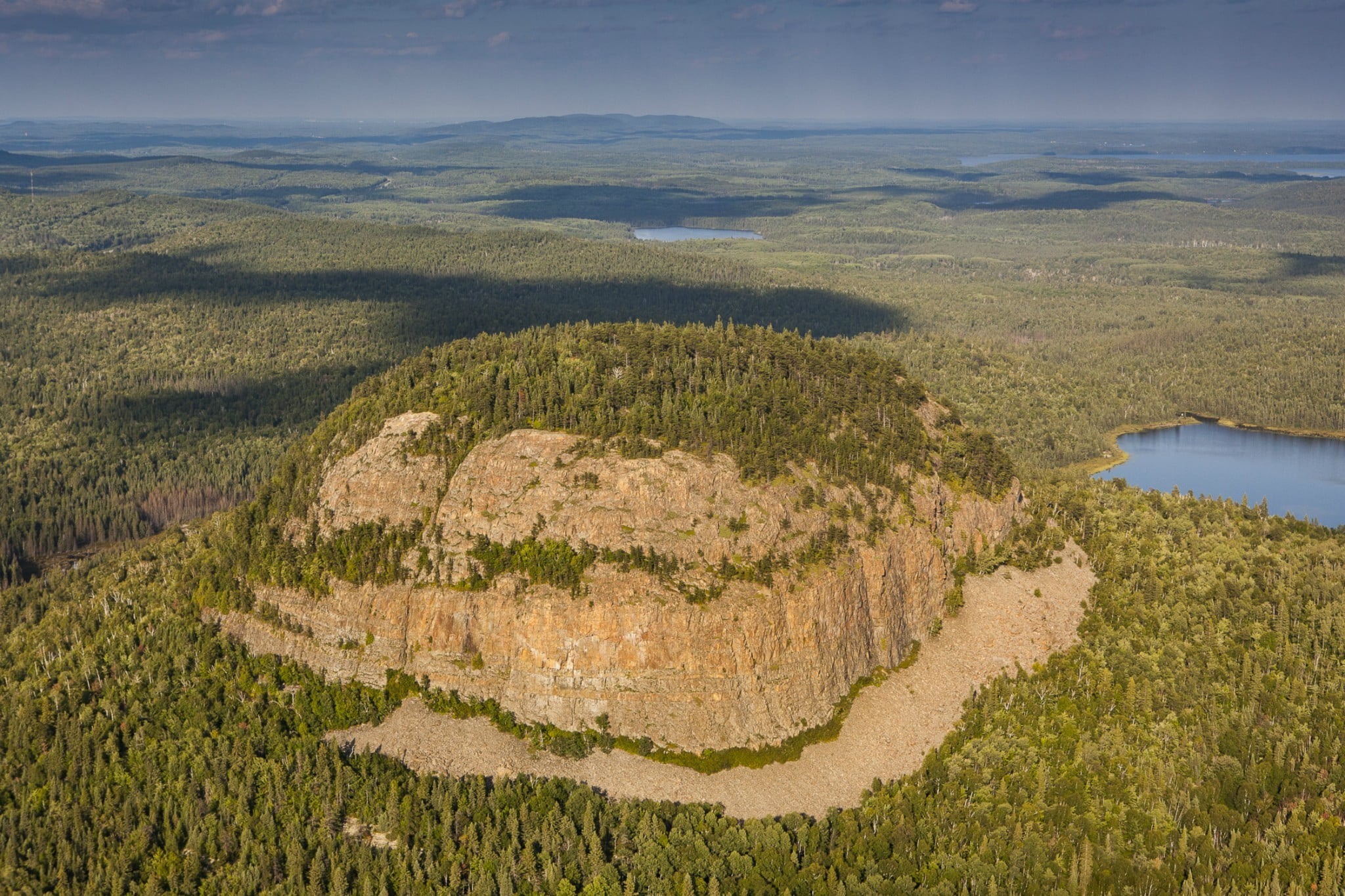 Mont Chaudron is so fascinating to look at! It transports us in the blink of an eye to the ice age. Did you know that its shape was created by the action of the glaciers that moved around it? It has resisted glacial erosion more than other hills. It is composed mainly of sedimentary rocks dating back more than a billion years. The numerous rocks found at its base, a scree slope, are a good example of contemporary erosion due to the action of freezing and thawing.

It is possible to see it when travelling west from Rouyn-Noranda, route 117 North, it can also be seen on the horizon from various view points of the diverse hiking trails, such as les sentiers Opasatica & les sentiers du lac Beauchastel La Randonne-Rit 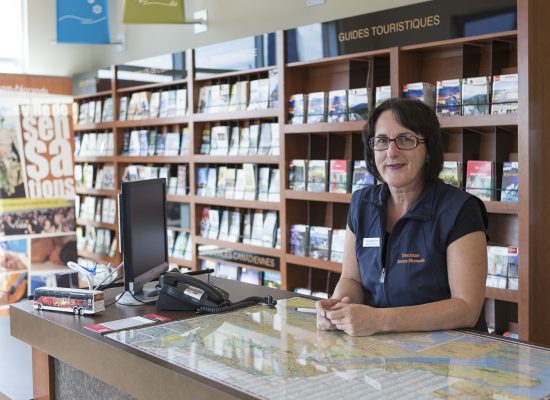